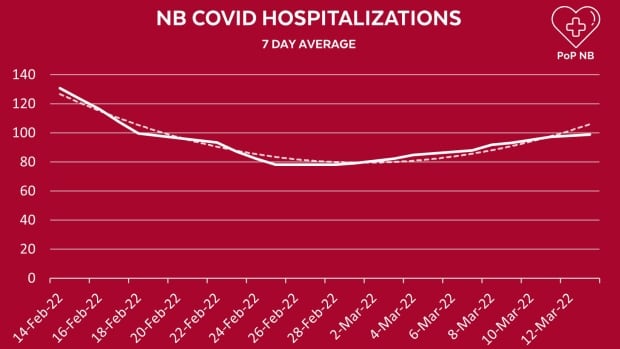 A COVID-19 advocacy group is calling on the New Brunswick government to release its COVID modelling, saying its review of publicly available data suggests the projections have proven incorrect.

But data compiled from the province’s COVID dashboard shows the seven-day averages for hospitalizations, ICU admissions and deaths have not seen a “steady decline” from mid-February.

“And what we saw was actually a little bit of a decline at first and then sort of halfway through that period, between mid-February … and [March 12, the latest available data], all three of those metrics take an upswing,” said spokesperson Chris Small.

PoP NB doesn’t have access to all the information that Public Health does, he noted. And there are some gaps in the public data because the dashboard isn’t updated over the weekends, and is now only updated weekly.

When the group looked at just the dates it had data for and calculated a seven-day average, however, hospitalizations went from 120 in mid-February, down to roughly 80, and then back up to close to 100, as of March 12.

Similarly, ICU admissions start around 14, dip to a low of around five in early March, and increase to around 12.

Deaths start off around four, decrease for about a week to just above one, and creep back up to around two.

“I think [saying] a ‘steady decline,’ without mentioning that that does, in the past week or two, take a pretty sharp turn in direction, is leaving out some of the critical information — particularly for groups of people who are trying to gauge the risk that’s out there in the community, based off the information that Public Health is giving,” he said.

Sanjeev Seahra, professor and chair of UNB’s department of mathematics and statistics in Fredericton, who worked with Public Health on the modelling, reviewed PoP NB’s graphs at CBC’s request.

“The plots seem to be consistent with the publicly available data on the government’s COVID dashboard,” he said in an emailed statement. “That is, they seem to be accurate.”

PoP NB also compiled graphs incorporating the weekends when the dashboard wasn’t updated, assuming no changes in hospitalizations, ICU admissions or deaths occurred on those days.

“There is definitely, we’ve seen, an interest in seeing that modelling,” said Small. “Not necessarily because we all doubt that it’s valid.”

There is, however, a wide range of opinions about whether lifting restrictions was the right move, he said.

“And I think the population of New Brunswick as a whole could really benefit from seeing that transparency from Public Health and be reassured when they see how the data was displayed, what it predicts, and what it actually means for lifting these restrictions.”

The Department of Health has ignored all requests from CBC over the past couple of weeks to release any modelling for hospitalizations, ICU admissions or deaths.

Asked whether the department stands by its recommendation to lift restrictions, spokesperson Gail Harding said, “Restrictions meant to contain and mitigate COVID-19 in our winter plan were lifted only when several conditions were met, including vaccination rates, stabilization, and a steady decline in hospitalizations amongst other factors.”

“COVID-19 is now presenting a relatively stable pattern of disease that can be managed without disruption to other health-care services and programs,” she said in an emailed statement.

When pressed for details about when and where the modelling Macfarlane referred to was “published,” Harding said a graph “detailing the landscape and anticipated trajectories of COVID-19” was shared at a Feb. 9 news conference.

But that was projections for hospitalizations if the province moved to Level 1 of the COVID-19 winter plan from Level 2.

It was designed to show the difference if the province moved to Level 1 on Feb. 11 versus Feb. 18.

Waiting the extra week would avoid a “significant spike” in hospitalizations, Dr. Jennifer Russell, chief medical officer of health, had said. Hospitalizations would “rise modestly and then stabilize,” she had said.

The graph presented at the news conference was titled Level 1 Hospitalization Projections. When Harding emailed the same graph to CBC, it had a new title — Predicted peaks in hospitalizations.

It does show a “steady decline,” as described by Macfarlane, but only between Feb. 12 and Feb. 19 — before the level change.

It then shows hospitalizations increasing to about 190 between late February and early March before decreasing again to zero or near zero by April 16.

The highest single day record for hospitalizations to date was 165 on Feb. 2.

“The height and timing of predicted peaks in hospitalizations [are] subject to considerable modelling uncertainty,” the graph notes.

When asked to clarify whether this graph was the modelling Macfarlane was referring to when he said it indicated “a steady decline in hospitalizations … from mid-February,” Harding did not respond directly.

When asked to clarify whether this graph was the modelling the government relied upon to make its Feb. 24 decision to lift all COVID-19 restrictions, Harding again did not respond directly.

No graphs depicting projected COVID-related ICU admissions, deaths or cases were released at the Feb. 9 news conference — or since.

‘Bumps are to be expected’

The modelling “anticipated approximately 100 hospitalizations, on average, by mid-March, which was confirmed [last] week,” Harding said.

“We have also stated that bumps are to be expected as we go forward, however the baseline of cases will continue to decline, albeit slowly, in the weeks ahead based on predictive modelling.”

The department has ignored all requests to release modelling for cases, too.

It did release a graph on March 14 showing the seven-day moving average of PCR-confirmed cases and self-reported positive rapid tests by age group and day, up until March 10, which show a decline. But that’s data, not projections.

Small also takes issue with the data being broken down into five age groups. He argues that is misleading.

At a glance, people might see the line representing the cohort of people 80 and over “hovering near zero,” for example, and the inference would be, “That’s great.”

They might see all the lines representing all the different cohorts are below 300 and think, “That’s a pretty good number.”

“It might fill you with a sense of relief and suggest that the cases are fairly low,” said Small.

“The true picture, though, is of all of those cohorts combined,” he said, noting the daily new PCR and rapid test cases are “well over 800.”

He plotted the total cases together, which he contends is a “more accurate representation.”

“When we are meant to rely on community indicators, people need to have data literacy and nuanced context for the information presented,” he said.

“People are better served by transparent, quantifiable and verifiable data.” 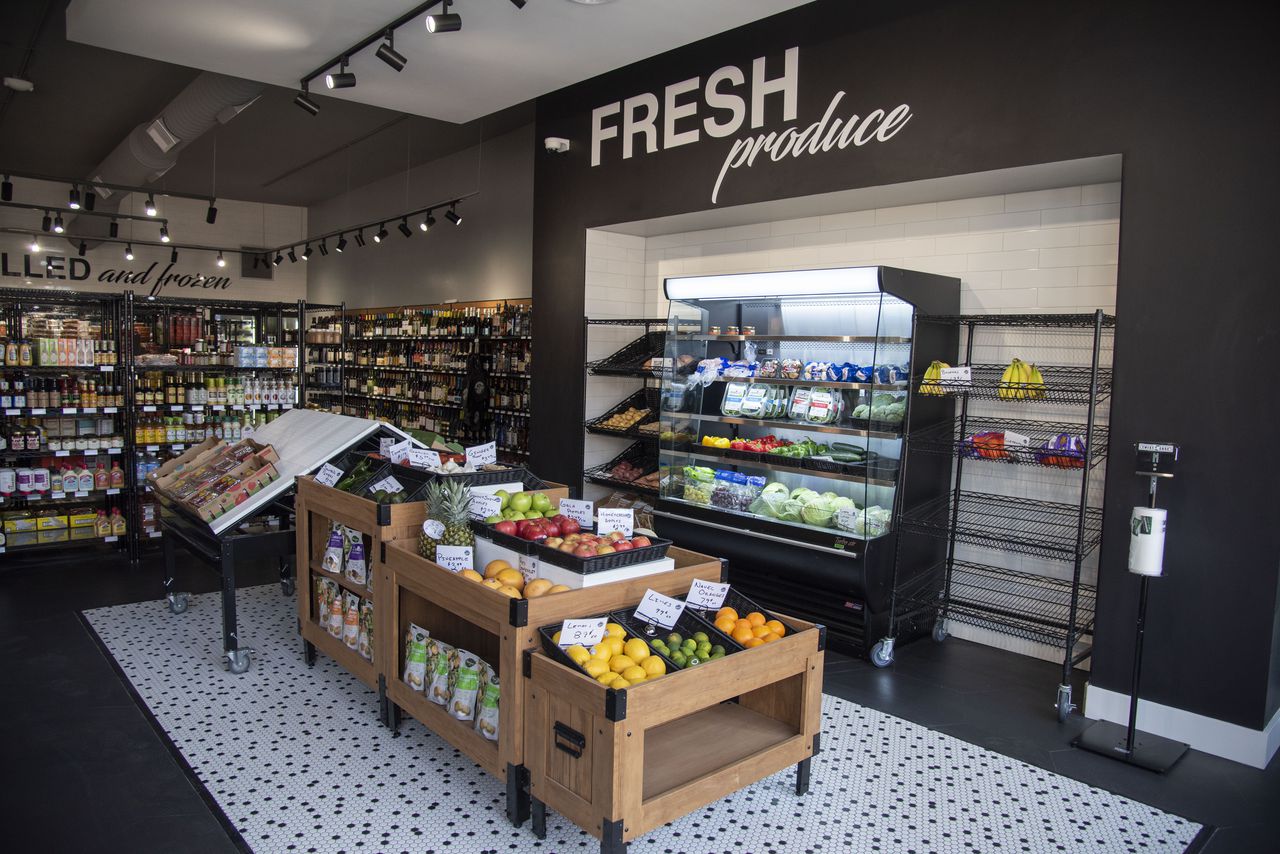