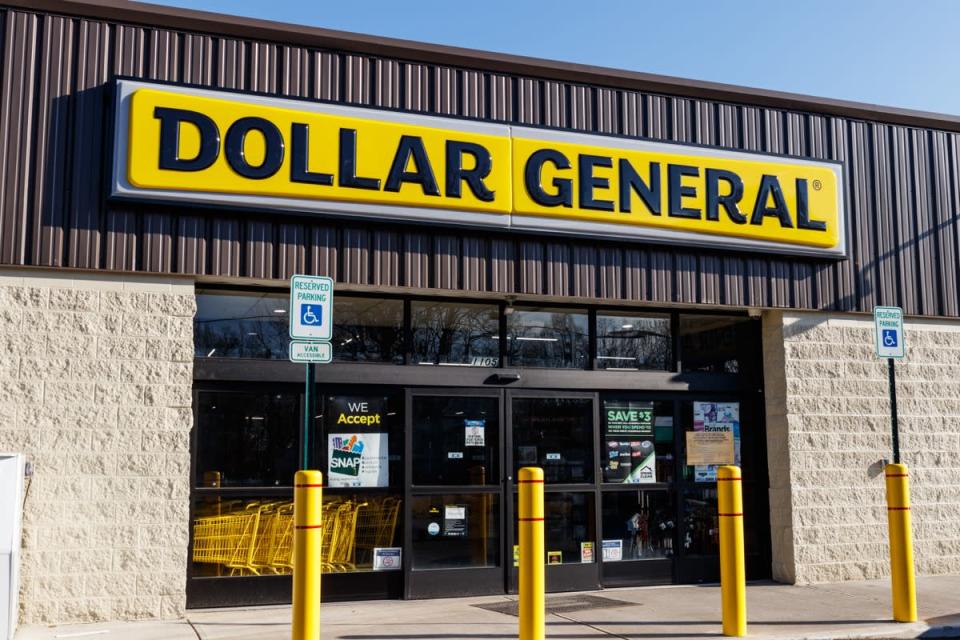 While most companies have taken quite a hit in the last few years, one seems to only have strengthened its business. Dollar General has become the biggest retailer in the U.S. by number of locations, with more than 18,000 stores around the country, according to Forbes. In 2021, nearly 1 in 3 new stores opening in the nation was a Dollar General, CNN reported, and the discount chain is already planning to add another 1,100 stores in 2022. But the company’s clear success doesn’t mean it isn’t trying to evolve along with other retailers. In fact, Dollar General just announced a major new change aimed at its shoppers. Read on to find out what the company is planning to do to “better serve customers.”

READ THIS NEXT: Dollar General Is Under Fire for This “Serious Hazard” in Stores.

Dollar General has been making a number of changes. Back in May, Jeff Owen, the company’s chief operating officer, revealed that the retailer was testing self-checkout machines as the only way to purchase items in stores. According to Owen’s announcement at the time, this initiative would be brought to 200 Dollar General stores in 2022.

“As a result of the success of self-checkout and popularity with customers, we have recently launched a pilot of stores that are entirely self-checkout,” Owen said on an earnings call in May.

And that’s not the only big change Dollar General is making to streamline things for shoppers.

On July 27, Dollar General issued a press release about a new expansion effort. According to the announcement, the discount chain is planning to build three new distribution centers across the country in North Little Rock, Arkansas; Aurora, Colorado; and Salem, Oregon. Dollar General currently has a total of 28 distribution centers in the U.S that are either opened or in progress of being opened, per its website.

Construction on all three distribution centers is expected to begin this summer or fall at the latest, and the Little Rock and Aurora locations already have planned completion dates of late 2023. The Aurora facility will provide traditional functionalities, while the Little Rock and Salem facilities will also aid Dollar General’s DG Fresh supply chain network.

DG Fresh is an initiative started by the company in 2019 to boost its assortment of fresh and frozen products by saving on distribution costs with self-distribution, per Insider.

RELATED: For more up-to-date information, sign up for our daily newsletter.

The retailer is hoping to better serve customers with these centers.

Despite not being actual stores for customers to shop at, Dollar General has its shoppers in mind with this expansion. The company said it “believes the addition of each distribution center represents positive economic impact in the communities it serves,” adding that it does consider various factors when choosing where to put its distribution centers.

“We look forward to breaking ground on these new projects, which will help us not only better serve our customers and communities, but also combine efficiencies of our DG Fresh and traditional supply chains,” Tony Zuazo, Dollar General’s executive vice president of global supply chain, said in a statement.

Dollar General is also creating more than a thousand new jobs with this change.

The new distribution centers will collectively create an estimated 1,100 new career opportunities “at full capacity,” according to Dollar General’s announcement. The Aurora and Salem facilities are both expected to bring an additional 400 new jobs to their respective areas, while the Little Rock center is expected to create 300 new employment positions.

“We are fortunate to have created constructive relationships with Arkansas Governor Asa Hutchinson, Colorado Governor Jared Polis and Oregon Governor Kate Brown and their teams who understand the positive economic and labor benefits DG can bring when we invest in their local communities,” Zuazo said.

Drive Through Car Wash Near Me