In 1984, a young businessman by the name of Pat Bowlen purchased a majority interest in the Denver Broncos. Bowlen purchased the team for around $70 million dollars, which at the time made the team the highest-priced franchise in the league. Bowlen would go on to turn the middle-of-the-road franchise into a highly respected, championship-winning one. During his ownership, the team won seven AFC Championships, three Super Bowls, and 13 AFC West titles. Bowlen’s success with the team lead to him being inducted into the Pro Football Hall of Fame in 2019.

On July 23, 2014, Bowlen relinquished control of the team to a trust due to his ongoing battle with Alzheimer’s disease. Any team decision-making was left to President Joe Ellis and then Executive VP John Elway. Bowlen passed away on June 13, 2019. Bowlen’s passing brought on many questions surrounding the future of the team. The Broncos officially went up for sale in February 2022, becoming the first team to go up for sale since the Carolina Panthers franchise was listed and sold in 2017.

“From the bottom of our hearts, thank you for this incredible ride. It has been the honor of our lifetime.”

A message from the Bowlen family with the Broncos set to transition to new ownership: pic.twitter.com/FP7DJEqiHv

David Tepper purchased the Panthers for a record $2.275 billion, but the sale of the Broncos is expected to surpass that record by a large margin. Rob Walton, the heir to the Walmart fortune, opened up the bidding for the Broncos with an offer just north of $4.5 billion. However, it is estimated that the final purchase price might be closer to $5 billion. Walton was one of the “finalists” named by Mike Klis of 9News Denver, along with a few others. Let’s take a better look at those finalists. Rob Walton is the oldest son of Walmart founder Sam Walton. Rob took over as chairman for Walmart when his father Sam passed away in 1992. Since then Walton has accrued a net worth of just over $70 billion, according to Forbes. Walton is also related to another billionaire franchise owner, Stan Kroenke, through marriage. Walton’s cousin is Kroenke’s wife, Ann Walton Kroenke.

Walton, 77, has no experience owning a franchise or team, but he is considered to be a frontrunner to become the eventual owner of the Broncos. His bid of $4.5 billion became the largest bid for an NFL team in the history of the league.

Walton retired as Walmart chairman in 2015, but currently serves on the board of directors of Conservation International and is also co-chairman of the Arizona State University Global Institute of Sustainability. 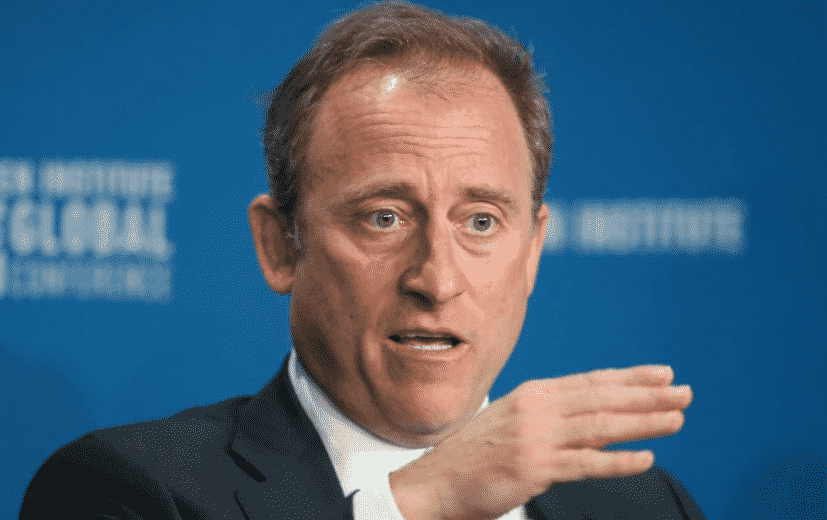 American investor Josh Harris is also associated with the possible purchase of the Broncos. Harris is the controlling owner of both the NBA’s Philadelphia 76ers as well as the NHL’s New Jersey Devils. According to Forbes, Harris has a net worth of around $5.5 billion. Harris gained a majority of his wealth by co-founding one of the world’s largest alternative investment firms, Apollo Global Management. He is still very involved with the company by having a part in day-to-day operations at Apollo.

Harris founded Harris Philanthropies, a nonprofit organization that supports youth sports, disease prevention, and other causes. He is married with five children and has run marathons and triathlons in his free time.

While Harris has more experience owning professional sports teams, he may struggle to outbid Walton for the team. Despite this, he is still expected to eventually make an official bid. Todd Boehly is another potential suitor who like Harris, has experience with owning a major sports franchise. Boehly owns a 20% interest in the Los Angeles Dodgers. Boehly’s investment partner, Mark Walter, is the controlling owner of the Dodgers. Since Boehly and Walter took over the Dodgers in 2013, the Dodgers have won eight National League West titles and won the 2020 World Series. Thanks to Boehly’s commitment to increasing the team’s payroll, the Dodgers have been able to pay whatever it takes to bring in star players.

According to Forbes, Boehly has a net worth of about $4.5 billion. To put it into perspective, Boehly’s net worth is the same as Rob Walton’s opening bid for the Broncos. He got his start in banking and credit investing in 2015 by founding Eldridge Industries. He’s also invested in DraftKings, Chuck E. Cheese, and even Bruce Springsteen’s music rights. Considering Boehly’s net worth being where it is, he will most likely need to assemble a team of partners to help his bid for the team. Byron Allen has made his mark in the entertainment industry. He has established himself as a prominent businessman, comedian, and television producer. Allen founded Entertainment Studios in 1993, and the company would go on to acquire NBCUniversal, The Weather Channel, Bain Capital, and The Blackstone Group. He also serves on the Motion Picture & Television Fund Board of Governors.

When he was 18 years old, Allen made his stand-up comedy debut on The Tonight Show Starring Johnny Carson. Unlike Joshua Harris and Todd Boehly, the only experience Allen has regarding sports happened when he partnered with Sinclair Broadcast Group in 2019 to acquire Fox Sports Networks.

Allen has a reported net worth of $450 million, which like Boehly, would mean he would have to assemble a group of other investors to take a serious shot at ownership. If Allen were to successfully bid for the team and become owner, history would be made as the Broncos would become the first team to have a black owner.